Trump's border wall endangered the environment. Could it come down under Biden? 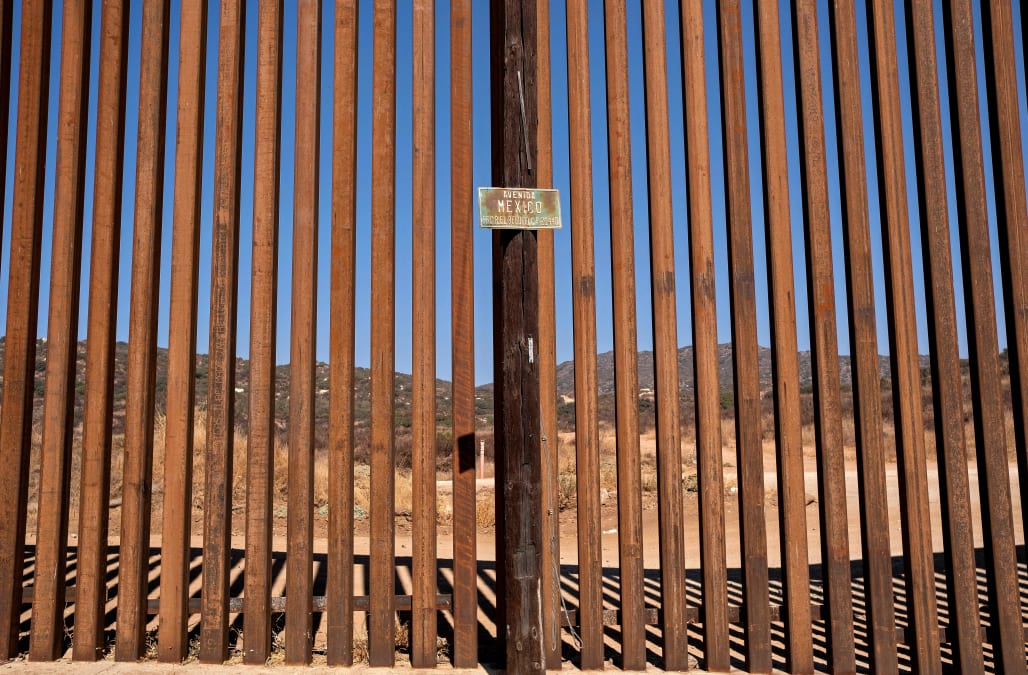 In March, after construction crews blasted and bulldozed through the remote desert terrain of Organ Pipe Cactus National Monument, an ecological reserve on the Arizona-Mexico border, Christina Andrews observed the transformation in disbelief.

Dozens of miles of towering border wall ordered by the Trump administration were rising across the rugged landscape in southern Arizona, displacing century-old cacti and cutting off migratory paths for jaguars and wolves. Ancestral lands and sites considered sacred by local Native Americans were also threatened after the administration declined to consult tribal groups as normally required under federal law.

"It felt like someone took a dagger and drove it through my heart," said Andrews, a chairwoman of the Hia-Ced O'odham, or Sand People, a community living near the national monument that is seeking tribal recognition from the federal government.

But with Democrat Joe Biden's projected win over President Donald Trump, Andrews and environmental activists and conservationists are pinning their hopes on a new administration's reversing certain policies, halting construction and going as far as to rip down the new sections of border wall.

"Think about someone building a wall in your home, separating your family and severing your life resources needed for survival: prayer, plant, water and animals," Andrews said. "If there was a way for the wall to come down to free those vital things you love and need, wouldn't you want it gone?"

Opposition to the wall in Arizona, which led to protests, road blockades and federal agents' use of tear gas on members of the Tohono O'odham Nation last month, is emblematic of battles waged across the country to preserve ecologically fragile areas and stave off projects that could do irreparable environmental and cultural damage, environmental justice advocates say.

Over the past four years, the Trump administration has approved oil and gas leasing in Alaska's Arctic National Wildlife Refuge, rolled back protections to allow commercial fishing at a marine conservation area off the New England coast and pushed for federal regulatory changes that have benefited industrial companies, including a mining project that environmentalists fear could jeopardize Georgia's Okefenokee Swamp, the largest national wildlife refuge in the eastern United States.

"There's about 100 different protections that this administration has worked to dismantle," said Nat Mund, the director of federal affairs at the nonprofit Southern Environmental Law Center, which has sued the Trump administration over issues such as climate change and clean water.

"Vice President Biden ran on a platform of strong environmental protections, strong commitment to combating climate change and a strong commitment to improving environmental justice," Mund said. "We're certainly hoping he'll pick people who will advance those causes. But to be frank, if his administration is not moving in that direction, we'll be in court with them, too."

During the campaign, Biden pledged to stop the border wall, Trump's signature project and the cornerstone of an immigration policy of "zero tolerance" for anyone caught crossing the U.S.-Mexico border illegally.

"There will not be another foot of wall constructed on my administration," Biden told National Public Radio this year, although he would not commit to tearing down parts of the wall that the Trump administration has added since January 2017.

Rep. Raúl Grijalva, D-Ariz., a critic of the border wall whose district includes the Tohono O'odham Nation, urged Biden to "listen to the diverse voices of the borderlands that have been ignored for the past four years."

Through 2020, the coronavirus pandemic has not slowed the pace of the wall construction, which is costing taxpayers $15 billion, most of it diverted from military funds.

As of this week, about 400 miles of new border wall or replacement barriers have been built along the southern U.S. border, according to U.S. Customs and Border Protection, the agency that oversees the projects. Much of the new construction is to replace older fencing or low-slung vehicle barriers, which lined part of the border at Organ Pipe Cactus National Monument until it was swapped out with 30-foot-high steel bollard walls. The agency said Tuesday that it "continues with the construction of new border wall system" and that the "majority of contracts have been awarded and construction is well under way" for the more than 700 miles of the total project.

But as Trump continues to challenge the results of the election, the fate of the wall and its timelines remain unclear.

Laiken Jordahl, a borderlands campaigner for the nonprofit Center for Biological Diversity in Arizona, said roughly 20 to 30 miles of the border wall project in the state must still be completed. Over the past year, he has documented the obliteration of land to make way for the wall and construction crews' destruction of saguaro cacti, which would normally be a felony.

"Right now they're blasting away mountains and destroying huge amounts of habitat but not putting up the actual wall very quickly," Jordahl said. "It's frivolous destruction at this point, as there's no way they'll be able to get all those stretches of wall up by Jan. 20th [Inauguration Day], yet they're still blowing up pristine wilderness."

Biden will have the power to stop any outstanding construction, said Jared Orsi, a professor of history at Colorado State University focusing on environmental and borderlands history.

"The Biden administration can say we don't just put up a wall. Instead, we're going to study the hydrology of a region, the environmental impact, the impact on historic Native American graves before we start any project," Orsi said. "All those were circumvented under Trump." Finally, the Biden administration could agree to review environmentally sensitive places affected by the wall and potentially fund restoration projects, like at Quitobaquito Springs in Organ Pipe Cactus National Monument.

The desert oasis, which is home to endangered species like the Sonoyta pupfish and the mud turtle, is considered sacred to the Tohono O'odham and the Hia-Ced O'odham, with the springs' use dating back some 10,000 years. Tohono O'odham leaders said bone fragments appearing to be human were found near Quitobaquito Springs last year, which they add was reason enough to halt work on the wall.

A coalition of scientists is also concerned that the construction of the wall and contractors' use of the groundwater may have lasting effects on the already depleted water level.

Still, Orsi said, "Quitobaquito is one of many places around the country that can be saved if there's the political will."

Jordahl said the extent of the damage to the environment at the border must be assessed to determine which species were harmed, how their habitats were impaired and how culturally significant areas appeared to have been desecrated.

"We're talking a scale of centuries before nature that was destroyed grows back," he said. "It's so devastating to see that one person's pet project will inflict damage that will take longer than us, our children and our grandchildren's time to heal."

1
3 things to tell your doctor about PKD

2
6 Conditions That Cause Nasal Polyps

4
Sleep Better With a Bedtime Routine