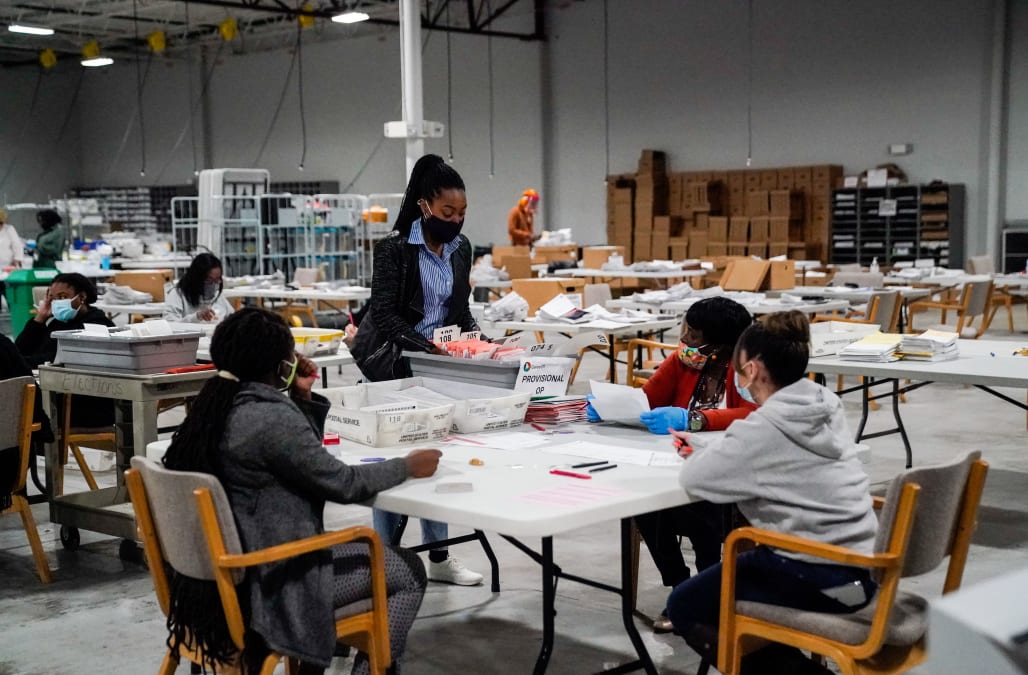 ATLANTA (AP) — Georgia's secretary of state on Wednesday announced an audit of presidential election results that he said will trigger a full hand recount.

Secretary of State Brad Raffensperger said at a news conference that his office wants the process to begin by the end of the week and he expects it to take until Nov. 20, which is the certification deadline.

President-elect Joe Biden leads President Donald Trump by about 14,000 votes out of nearly 5 million votes in the state. Nearly all ballots have been counted, though counties have until Friday to certify their results.

Once county certification is complete and before the state certifies the results, the count must be audited. It is up to Raffensperger to choose which race to audit.

The audit is a new requirement put in place by a law passed in 2019 that also provided for the new voting machines purchased last year. The state has chosen to do a risk-limiting audit, in which a random sample of ballots or receipts generated by voting machines are checked against results produced by vote-tallying equipment for accuracy.

Raffensperger chose to audit the presidential race and said the tight margin means that the audit will result in a full hand recount.

Asked if he chose the presidential race because of the Trump campaign's call for a hand recount, Raffensperger said, “No, we're doing this because it's really what makes the most sense with the national significance of this race and the closeness of this race.”

Raffensperger said the process will have “plenty of oversight,” with both parties having the opportunity to observe.

After results from the hand recount are certified, the losing campaign can then request another recount, which will be performed by scanners that would read and tally the votes, Raffensperger said.

There is no mandatory recount law in Georgia, but state law provides that option to a trailing candidate if the margin is less than 0.5 percentage points. Biden’s lead stood at 0.28 percentage points as of Wednesday morning.

The one exception is the runoff for the special election to fill the remainder of U.S. Rep. John Lewis' term. That election will still be held Dec. 1. The person who wins that election will serve for about a month before Nikema Williams, who was just elected to succeed Lewis, who died in July.