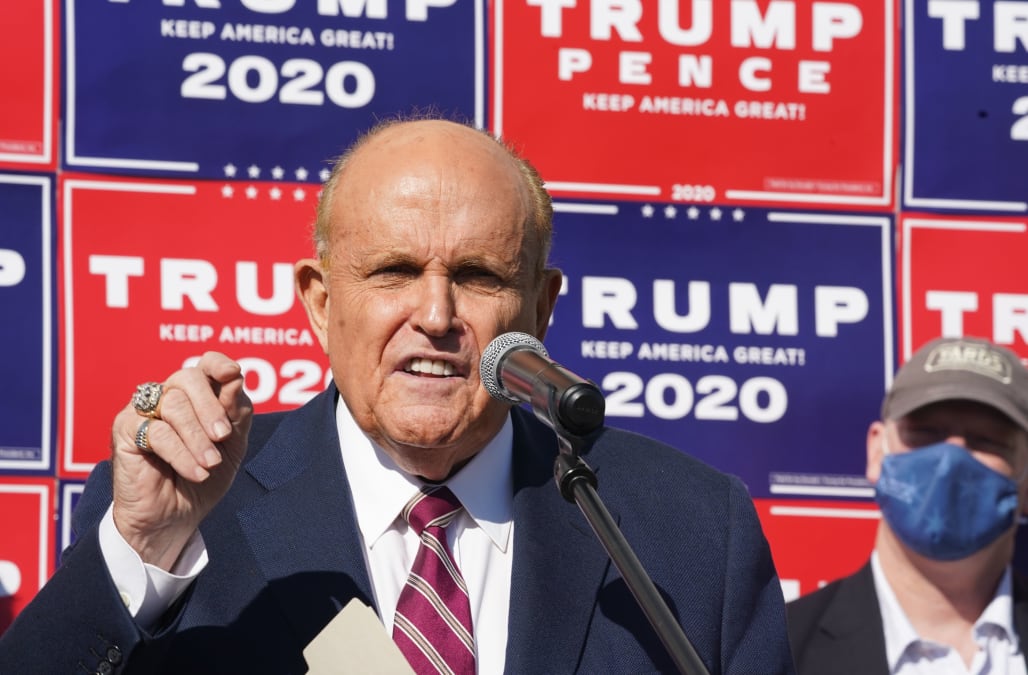 With President Trump refusing to concede the election, there is a growing chorus of Republican voices spreading a ghoulish conspiracy theory: that the dead may have helped Joe Biden become the 46th president of the United States.

"Joe Frazier is still voting here," Rudy Giuliani, one of the president's lawyers, said at a press conference at a landscaping company outside Philadelphia Saturday. "Kind of hard since he died five years ago."

These allegations raise two important questions about the dead:

One, can their votes be counted?

And two, is there an army of dead voters that could have pushed President-elect Joe Biden past President Trump?

Unlike most questions about the afterlife, the explanation is not that complicated.

With close to 150 million voters casting ballots, and historic numbers voting early and absentee, it’s pretty much guaranteed that some people will have passed away between the time they vote and Election Day. But do those votes count? The answer varies by state.

When it comes to absentee ballots — returned either by mail or to a dropbox — there are 13 states that explicitly prohibit counting votes cast by people who are no longer alive by Election Day, according to the National Conference of State Legislatures. When you account for early voting — ballots cast in person prior to election day – that number grows to 17 states who separate ballots after a person dies.

On the flip side, there are another 13 states that do allow absentee ballots to be counted if a person is alive when they cast their ballot, but then dies before Election Day.

And all states are required to keep their voter rolls up to date, which means removing people who have passed away.

In Michigan, for instance, 864 ballots were rejected during the primaries earlier this year because the voters died before the election, even though they were alive when they filled them out.

It takes time to update these voter rolls and it’s incredibly hard to check to make sure every single voter is still living at the time votes are counted if their deaths haven’t been reported yet.

So it’s possible that some votes could get through, but not enough to have any major impact in deciding an election.

And there’s also no evidence of the kind of widespread election fraud that’s been alleged in some dark corners of social media — that thousands of votes are being cast by people who have been dead for decades.

Biden leads Trump by 20,000 votes in Wisconsin, 147,000 votes in Michigan and 45,000 votes in Pennsylvania. The idea that it’s even possible for someone to arrange a coordinated plot to vote in place of dead people in a way that would have any impact on the result — without detection — is a farce.

3
Talking to Your Partner About Overactive Bladder